Many video games have become popular over the past couple of years. Video games have evolved to replace outdoor activities for a more convenient and comfortable way to pass time. A lot of complex games gain popularity because of the extensive gameplay. The battle royale games appeal to all those youngsters who want an action-packed game that is fast-paced and thrilling.

Out of the many different genres, the most simplistic arcade games are the ones that garner the maximum fan following. Due to their simple design and gameplay, they are highly adaptable and can be played by people of all age groups. Stick Fight: The Game is one such game that allows players to compete against one another in the form of simple four stick figures. There are three different modes to play in and over a hundred different types of humourous weapons.

Must Read: Get Stick Fight for PC (Windows) and Mac

There are many such simple, yet gripping games that are available to players who enjoy games such as Stick Fight. Here are some of those games.

Alternatives of Stick Fight: The Game

Similar to the popular smackdown format of WWE, this game allows multiple players to enter absurd environments and combat each other to emerge victoriously. There are brutal melee fights that take place between gelatinous figures that are set in the meatropolitan beef city. There are several different setups for the game such as unattended Ferris wheels and commercial haulage trucks. 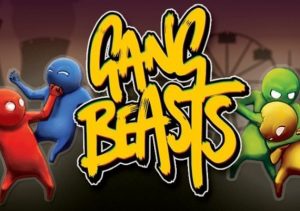 Swordy is a game which is set in the ruins of an ancient empire. However, the gameplay and graphics of the game, are far more futuristic as compared to the backdrop they are set in. The game relies on the laws of physics and the concept of momentum and speed. Several dummies have maces and other such weapons. Different areas give the game a versatile look. This game resembles Stick Fight: The Game very closely. 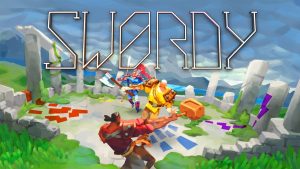 Another well-designed beat ’em up game that allows players to pose as armoured fighters from a medieval era. The game consists of an intricate backstory where an evil wizard kidnaps four beautiful princesses and steals a powerful gem. It is the job of these armoured players to become the knights in shining armour. The game aims to bring the evil wizard to justice.

One of the most loved games of all times, duck game has been produced for all gaming consoles including PlayStations and Nintendo. The game is much more challenging than the others on this list as one-shot means that the character is dead. The duck characters can be moved around apart from the controls that allow the player to pick up and throw weapons, switch between the weapons you possess and walk backwards.

These games are guaranteed to be as entertaining as Stick Fight: The Game is. All those players who enjoy simple games with intriguing gameplay should try all of these.